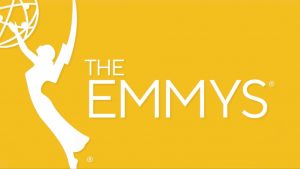 (NEW YORK, LOS ANGELES) – Winners of the News categories of the 42nd Annual News and Documentary Emmy® Awards were announced in late last month by The National Academy of Television Arts & Sciences (NATAS). The News & Documentary Emmy® Awards are presented as two individual ceremonies: categories honoring Television News Programming were presented on Tuesday September 28th; categories honoring Documentaries were presented on the Wednesday the 29th. Each ceremony were live-streamed on our dedicated platform, Watch.TheEmmys.TV powered by Vimeo.

“We celebrate these news industry professionals who in the unprecedented year of 2020 navigated a global health crisis and a presidential election that shook the very bedrock of our democracy,” said Adam Sharp, President & CEO, NATAS.

“We also honor those individuals who kept their teams safe in the workplace throughout the pandemic, recognizing their efforts that allowed the free-flow of news coverage during these tumultuous times,” said Terry O’Reilly, Chairman, NATAS. “In tribute to these individuals, the National Academy proudly presents them with our Chairman’s Award.”

The News ceremony was hosted by a group of news industry leaders introducing different segments of the show. The group included:

The 42nd Annual News & Documentary Emmy® Awards honors programming content from more than 2200 submissions that originally premiered in calendar-year 2020, judged by a pool of 950 peer professionals from across the television and streaming/digital media News & Documentary industry.

All programming is available on the web at Watch.TheEmmys.TV and via The Emmys® apps for iOS, tvOS, Android, FireTV, Roku, and Samsung Smart TV (full list at apps.theemmys.tv).

All voting was tabulated by the accounting firm of Lutz & Carr, LLP. Click here to view the complete release, including the list of award recipients.