As he had announced at the beginning of summer, veteran Bay Area sportscaster Gary Radnich retired in August after nearly 34 years at San Francisco’s KRON 4.

His last broadcast on KRON 4 News was in mid-August, about two months after he made the announcement that he was retiring.

Radnich, who joined KRON in early 1985, will continue to host his his sports-talk radio show on San Francisco’s KNBR, a role he began in 1992. The program, co-hosted by Larry Krueger, airs 10 a.m. to 1 p.m. every day. 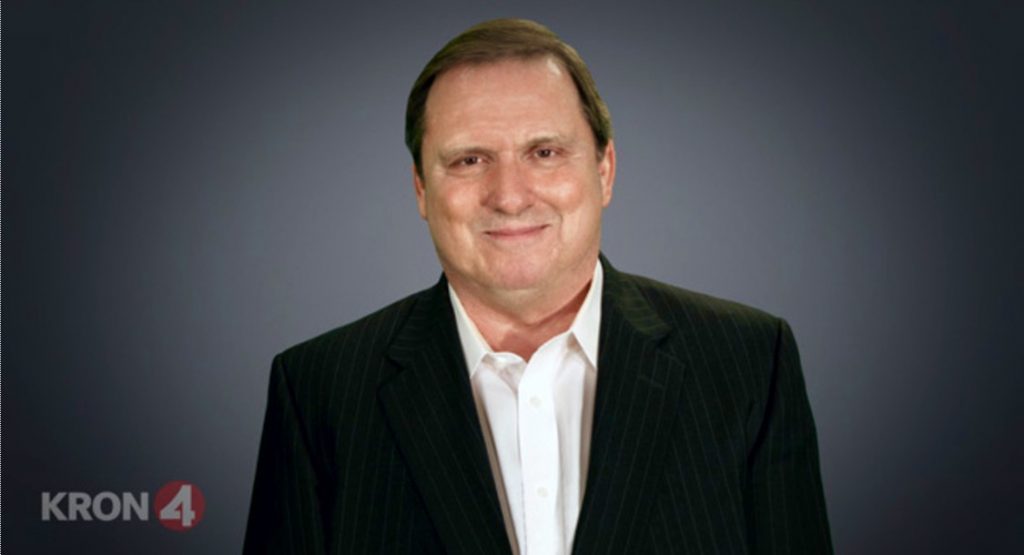 Many of Radnich’s current and former KRON colleagues joined him at the station on his last day to help him celebrate his more than three decades at the same station.

One of them was Dave Guingona, who produced Radnich’s Sports Final show for 22 years.

“During that time, I feel like we were able to add a different element to the sports scene in the Bay Area, with humor and entertainment,” Guingona told Off Camera. “Gary’s attitude towards sports was to not take everything so seriously, and we were able to run with that. The fact that we were able to get the biggest names to come in and sit down for an extended period of time on a Sunday night gave Gary a chance to air it out with the athletes, relax, and joke around.”

Guingona recalled the once in a lifetime memories of working with Radnich.

“After awhile, they would call US up to ask if THEY could come on,” Guingona said. “Case in point, during the 1987 NBA Western Conference Semifinals, Warriors guard Sleepy Floyd scores 51 points in an upset win over Magic (Johnson), Kareem (Abdul-Jabbar), and the Showtime Lakers. My phone rings and it’s the Warriors PR director telling me that Sleepy wanted to know if he could come on with Gary that night  That’s about as rare as it gets, but Gary’s reputation as an interviewer was as such that word got around to the Bay Area sports community that he was honest and fun to be on with. Many people would ask me what Gary was like off-camera, and my answer would always be that he was the same guy on and off camera. It was fun to work with him for so many years.”

KRON news anchor Ken Wayne, who joined the station earlier this year after more than 25 years at Oakland’s KTVU, said it is a “loss for (Radnich) to leave TV, for his colleagues, but more so for viewers.”

“Gary was able to get away with saying what many of us thought, but were too afraid of management to say it ourselves,” Wayne said. “He’s funny, cutting, acerbic and perhaps the bravest broadcaster I’ve worked with in my more than 30 years in the business.”