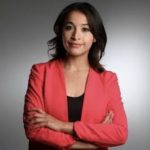 Melissa Colorado joins KNTV in San Jose as a reporter. Previously, she was a reporter at KARE in Minneapolis.

Eric Harryman rejoins KTXL in Sacramento as anchor of the station’s 5, 6 and 10 p.m. newscasts. He worked in Sacramento from 2011 to 2015. Most recently, he was an anchor at WTVJ in Miami. 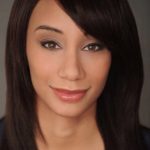 Charmaine Nero joins KTXL in Sacramento as a multimedia journalist. She leaves KARK and KLRT in Little Rock, Arkansas, where she served as a reporter.

Darren Peck, morning meteorologist at KTXL in Sacramento, joins KING in Seattle as a freelance meteorologist.

Mike Stefansson joins KOLO in Reno as the stations main sports anchor. Previously, he was a sports anchor at KHQ in Spokane, Washington.

Got a new job or promotion? Want to tell everyone about it? Drop us a line and we’ll share it with your television community. Write to Off Camera Editor Kevin Wing at kevin@emmysf.com.