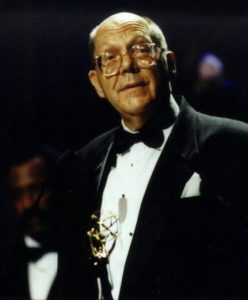 The San Francisco/Northern California Chapter of The National Academy of Television Arts & Sciences is honored to announce that a college scholarship is being established in remembrance of distinguished Bay Area television and print journalist Fred Zehnder, the retired former news director of KTVU Channel 2 in Oakland.

Tragically, Zehnder lost his life on the evening of Sunday, June 27, when he was struck and killed in Alameda while walking in a crosswalk by an alleged drunk driver. Zehnder was 87. Living in Alameda for many years, Zehnder was not far from his home. His friends and family said he loved to take walks, usually in the evening, throughout the island city that he adored so much.

Shortly after Zehnder’s death, several of his friends, all former and current KTVU staff members, desired to establish a scholarship in Zehnder’s name to honor him and to recognize his many decades of mentoring others in television news. The group requested that such a scholarship be managed under the auspices of the Chapter to help deserving students with promise to pursue a journalism career.

Contributions to the Fred Zehnder Memorial Scholarship, now being accepted, may be made here.  Checks payable to the Television Academy Fund can be mailed to the chapter office, 4317 Camden Ave., San Mateo, CA 94403. The scholarship will be awarded beginning in 2022. 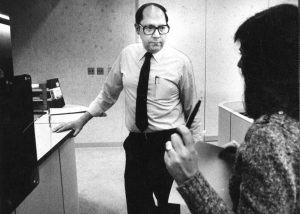 Zehnder served as KTVU’s news director from 1978 until his retirement, at age 65, in 1999. At the time of his death, he was the publisher and editor of two East Bay community newspapers, the San Leandro Times and the Castro Valley Forum, begun by his publishing company, East Bay Publishing. Zehnder founded the San Leandro Times in 1991, while he was KTVU’s news director. At that time, he said the East Bay city, lacking its own community newspaper, deserved to have its own. Later, Zehnder established the Castro Valley Forum to serve that community as well. 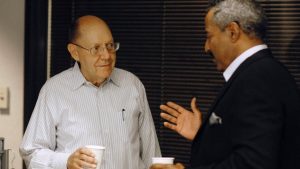 Zehnder’s illustrious seven-decade career in journalism was perhaps capped by his 21 years as the Oakland television station’s news director. He steered his award-winning news team through an era of major stories that included the assassinations of San Francisco Mayor George Moscone and Supervisor Harvey Milk in 1978, the destructive Loma Prieta earthquake in 1989 and the devastating Oakland Hills firestorm in 1991. Considered legendary by his peers and competitors in the industry, Zehnder earned respect for his solid news judgment, calm demeanor and focus on meaningful television journalism. As a result, his KTVU newscasts were impactful with the community, so much so that “The 10 o’clock News”, for instance, was for many years the No. 1 prime-time newscast in the country. 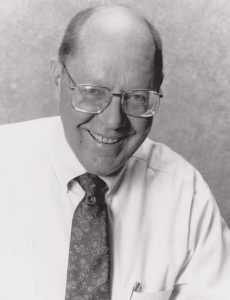 A native of Lakeport, in Lake County, Zehnder graduated from Humboldt State University. After a stint in the Army in the 1950s, his TV career got its start as news director at KVIQ-TV in Eureka. Zehnder’s career would eventually take him to Sacramento, Los Angeles and the Bay Area, where he also worked at KPIX throughout the 1960s and early 1970s and, briefly, as assistant news director at KGO-TV before assuming the role of news director at KTVU in 1978.

Even after he retired from KTVU and continued with his newspaper publishing business, Zehnder had a lasting impact on the Bay Area television news industry that continues to this day. He was instrumental, influential and distinguished.

Zehnder was inducted into the Chapter’s distinguished Silver Circle in 1991. In addition to receiving numerous honors throughout his career, including several regional Emmy® Awards, he was the recipient of the Chapter’s Governors’ Award in 2000.