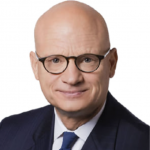 On the Awards Committee, we love seeing high scores. They make our job much easier. Whether this is your first time entering the Emmy® Awards, or you’re an old pro, we would like to share some tried and true tips for impressing judges. 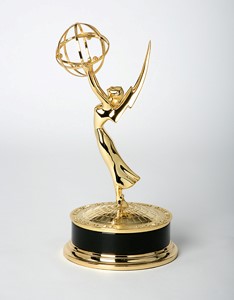 Manage Your Entry Time — Less Can Be More:

In such a competitive contest, you want your work to stand out. Begin by respecting the judges’ time. Brevity can work to your advantage because when judges view a submission from beginning to end, they tend to score higher.

To that end, manage your submission’s running time. Be aware that chapters scale mandatory viewing requirements based on entry length.

In our chapter, judges see a scoring prompt after they watch 100% of an entry of 5:00 or less.

In short, less can often be more. That said, go longer if necessary.  When judges see merit, they always give an entry more viewing time. They’re looking for excellent work.

Practical Example:  If you are entering in the Spot News category with a solo entry, skip the opening of the broadcast. Judges are scoring you, not a music and graphics package.

What Impresses Judges—This Is A Television Contest:

Judges expect to be entertained, enlightened, inspired, and wowed.  They want to see excellent work that advances the medium. When crafting your entry, remember that this is a television/video contest. Build it as you would a broadcast or a story. Give it flow and rhythm.

Winning entries don’t always follow convention. While composite categories allow multiple lifts, use as few cuts as necessary to make your case. Remember that a composite can consist of only two lifts. Establish credibility with the first cut. Seal your deal with the second. Keep that submission to fewer than five minutes and judges have no reason to fast-forward. This goes back to brevity and respecting their time.

When deciding what to enter, look at your entry from the perspective of a judge who does not know you or your work. Be your own worst critic because judges rarely give inside strikes.

Example: If you are entering a news reporting category, avoid opening the submission with an anchor toss. Why would you want the judge to see someone else?

No one has ever earned an Emmy® Award with a précis. Yet, many entrants inadvertently predispose judges by making boastful claims, misspelling words, or making grammatical errors. Simple mistakes make bad first impressions.

The best précis should be short and humble. Judges may read it while the submission plays. Use your précis as an introduction or a tease.  Tell the judges what they need to know to better understand your work.

“I’m going to win an Emmy® with this,” a young reporter once told me. “We beat everybody with that story. Even my competitors said so.”

While the reporter had, in fact, done a fine job, he failed to make the story relevant or interesting outside of his small city. His submission required too much local knowledge. It lacked universal appeal.

We see many such efforts when judging Emmy® Awards. Be relevant. Be relatable.  Your entry should appeal to anyone, anywhere.

Catch your mistakes in advance. Always watch your submission from beginning to end before sending it.

Abide By the Spirit of Competition:

A few years ago, two reporters from the same station submitted essentially the same material from two versions of a compelling story. One reporter entered his piece from dayside.  The second used some of his colleague’s material, and even re-tracked it with some of the same words.

Neither submission received a nomination.  Essentially, they cancelled each other out. When that night reporter submitted, he unwittingly ruined both his chances and those of his partner.

The Emmy® Awards Committee certifies about one-thousand submissions every year. We see everything.  While some entrant mistakes happen accidentally, the Awards Committee does not look favorably on people who try to game the system. We have an excellent record of catching them.

“I wondered if it might be wrong but figured you would tell me if there was a problem,” explained a news director when we challenged a submission. “Thought I could get away with it.”

Reach out to members of the Awards Committee

NOTE: Your SF/NorCal NATAS membership must be paid through 2022 prior to completing the Emmy® entry form to receive the discounted member rate.