Old habits die hard. My first thought was to call the newsroom and whip out my 4K. It occurred to me the biggest story I would ever cover could also be my last, but I still had a healthy dose of skepticism. No sirens. I thought it was either an error or a hack.

In the newsroom, info was scarce because the phone lines were jammed. Stalwart reporters, producers and photographers filed in and scrambled to put a cohesive bulletin on the air, while trying not to feel like the string quartet on the deck of the Titanic.

I could not be prouder of their work, and not just at KHON, but at KITV, HawaiiNewsNow and print and radio outlets. These journalists left families at home to video others moving their families to safety. They documented residents’ fear while suppressing their own.

January 14th dawn was brilliant and beautiful. We’re grateful we’re here to see it, but now our work as journalists really begins, digging for details behind this massive screw-up and holding authorities accountable. Judging by the effort on Saturday, we’re all in. 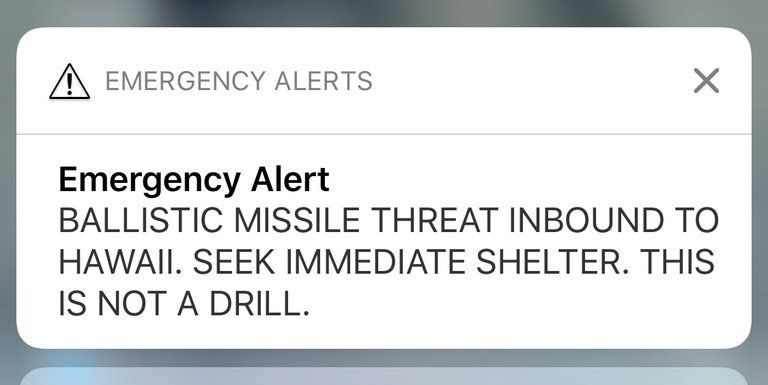 I was on the freeway just a little after 8am, about to make the conference call to the NATAS Board meeting, when I got the alert on my phone. Since I need glasses to read now I had to do a double take. The radio and the EBS message confirmed what I could barely read on my phone.

I immediately called my wife who told me she was heading to the lobby of our building. I then called my daughter Makena, who was home from college and showing her boyfriend Hawaii for the first time. Ironically, she was at the Arizona Memorial.

Makena: “I’m at Pearl Harbor and we tried to leave the theater but they wouldn’t let us, saying it was the safest place.”

Me: “What are they doing, briefing you, calming you?”

Makena: “No, they are showing us the Pearl Harbor documentary and it’s the attack scene right now.”

At this point my news instincts kicked in and I told her to use her phone and start recording people in the theater watching the attack on Pearl Harbor while we are under a current missile threat. I told her I would get it on the news tonight. She said that actually calmed her because she thought if her dad believed there would be a newscast tonight then we won’t be blown up by a missile.

In this case, the news delivered the correct information to the masses before the authorities did. 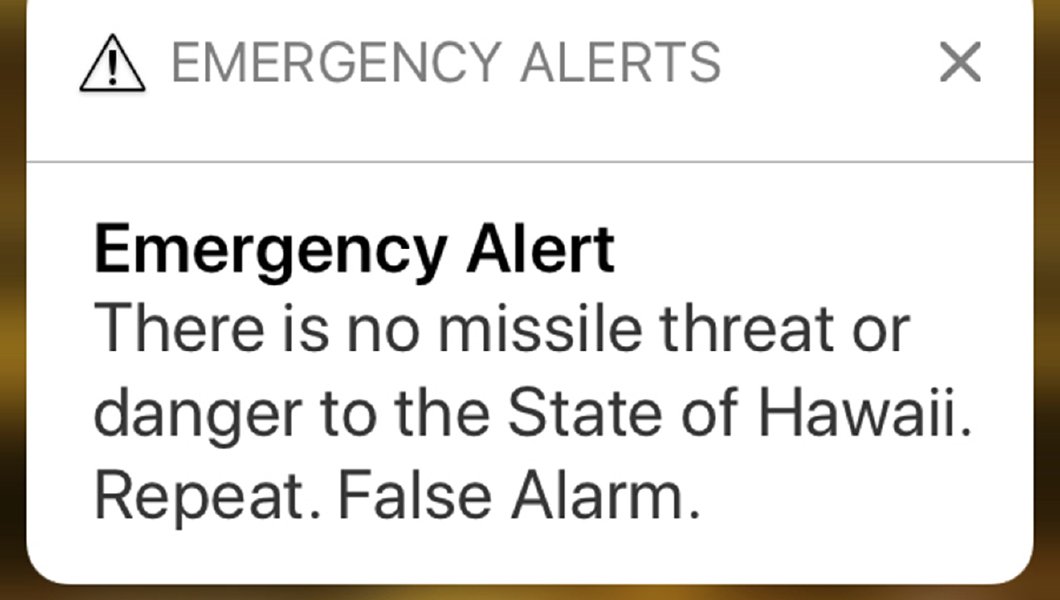 Before leaving the newsroom Friday, I remember chatting with our weekend assignment editor on what we should cover come Saturday.

Like every Friday, I always end the convo with, “pray for breaking news.” But what happened on Saturday at 8:07a was beyond any newsroom aspiration.

When the alert went out, without hesitation, I got ready to head into the newsroom, toddler in tow.

I remember telling my daughter Manaia, 3, that we had breaking news so we needed to go to work and that we needed to do a good job.

She was excited to go to the newsroom, but I still drowned in the anxiety of the “What Ifs.”

As soon as I got in, I checked in to see how I could help, started answering phones, coordinating guests, going through emails.

I think in those moments we all realized how important our jobs were.

We had our communities and families in mind and knew that we needed to disseminate info as quickly as possible across multiple platforms.

Many of us shouted across the room at each other while trying to figure out what next. Producers ran from the control room to the newsroom and studio.

Manaia’s only concern was how many snacks she could have from the vending machine.

It was hard answering the phones that day because I did not have many answers… People were angry and scared and turned to us for information and reassurance.

As exciting of a day Saturday was, I hope this is a once in a career event.

Manaia fell asleep in my lap around 4 o’clock and woke when I put her in the car on our way home.

I asked her if she had fun at KITV and she told me, “I like breaking news.” 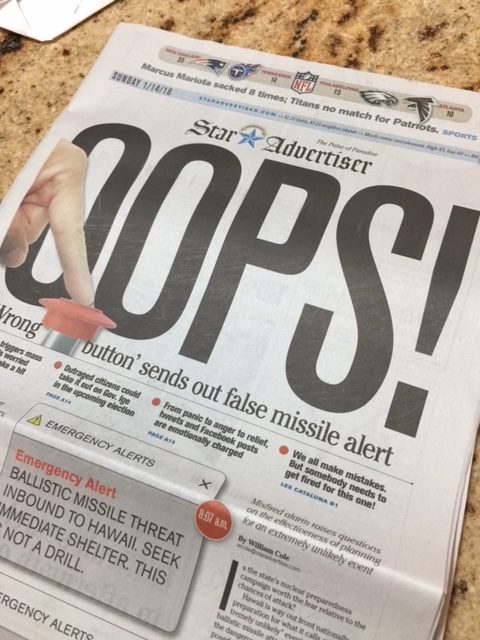 My alarm went off at 8:00a.m. I snoozed it and went back to sleep. A few minutes later the emergency alert blared from my phone. I assumed it was for a high surf warning since Oahu’s North Shore was expecting 40-foot waves that day. But when I saw a “Ballistic missile threat inbound to Hawaii. This is not a drill,” I literally jumped out of bed.

My first phone call was to my mom. She asked me if the warning was true. I told her I didn’t know yet but would find out. She told me, “Well, if a missile is coming, there’s nothing we can do about it.” I made a call to the Governor’s office as well as a friend who works for the Pacific Missile Range Facility on Kauai. He told me they were hearing that the alert was false.

After alerting my family that the alert was a mistake, I headed to the news station. The phones were ringing off the hook. The most disturbing call was from a woman who was crying, asking for my advice on how to calm down. All I could do was reassure that a missile was not headed our way.

The rest of the day was a whirlwind. I edited sound bites and video for our live coverage, but at a certain point I needed to focus on the evening newscasts. I was tasked with determining what we had already shot, what we still needed to shoot and what each reporter would be covering.

On days like this it can be hard to decipher everything and put it into a thoughtful and informative newscast. What’s the most important information we need to get out first? Where is the best video? Will the phones ever stop ringing? Fortunately I had other producers with me who I could rely on to help.

I’ve covered hurricanes. I’ve covered tsunami warnings. I’ve covered an earthquake that caused an island-wide power outage. But this by far is the story that will leave a permanent imprint on anyone who received that emergency alert and who thought for a few minutes that a ballistic missile was heading towards our island home. 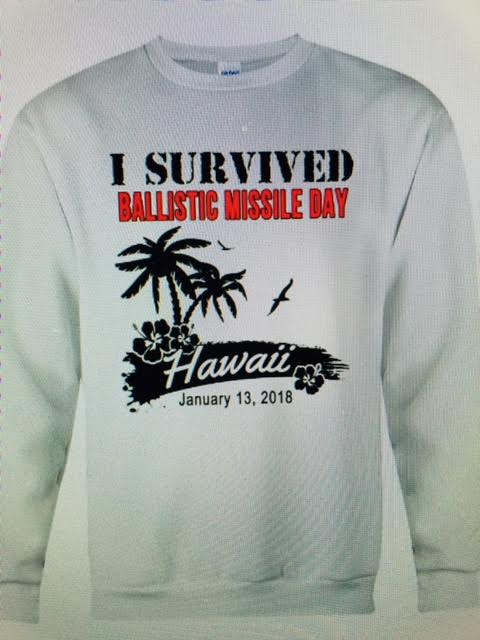