TV shows have taken novel approaches attempting to create new programming post-March while maintaining their traditional pre-pandemic look and style. Productions have had to overcome new regulations and, in particular, solve the problem of social distancing. Here are a few ways some programs have reimagined.

THE PEOPLE’S COURT
The case opens with Bailiff Douglas live in the studio, swearing in the litigants at their podiums as usual – but they are each on TV monitors. He turns to Judge Marilyn Milian to let her know they have been sworn in – she is at the bench, but also virtually via monitor. 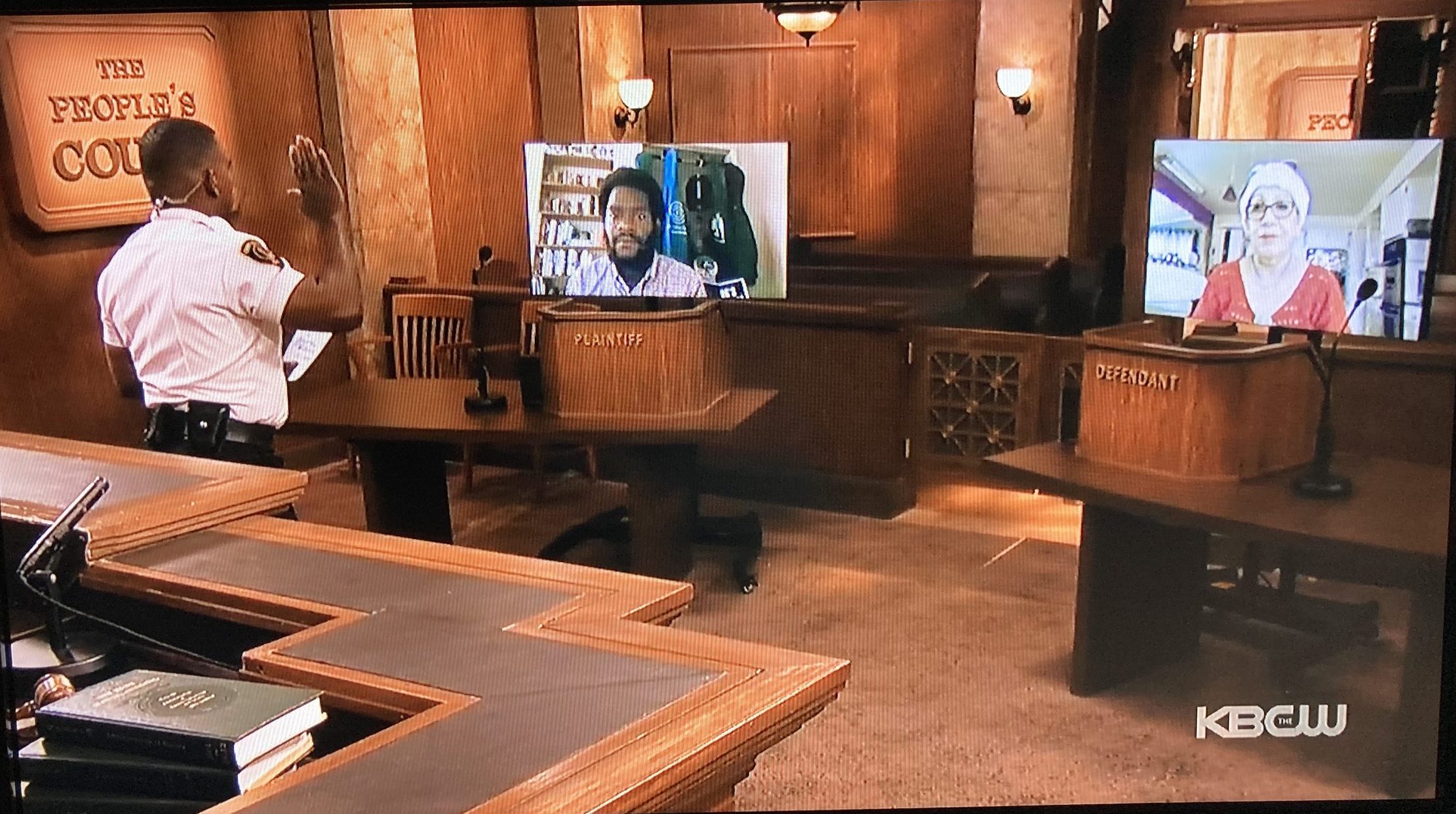 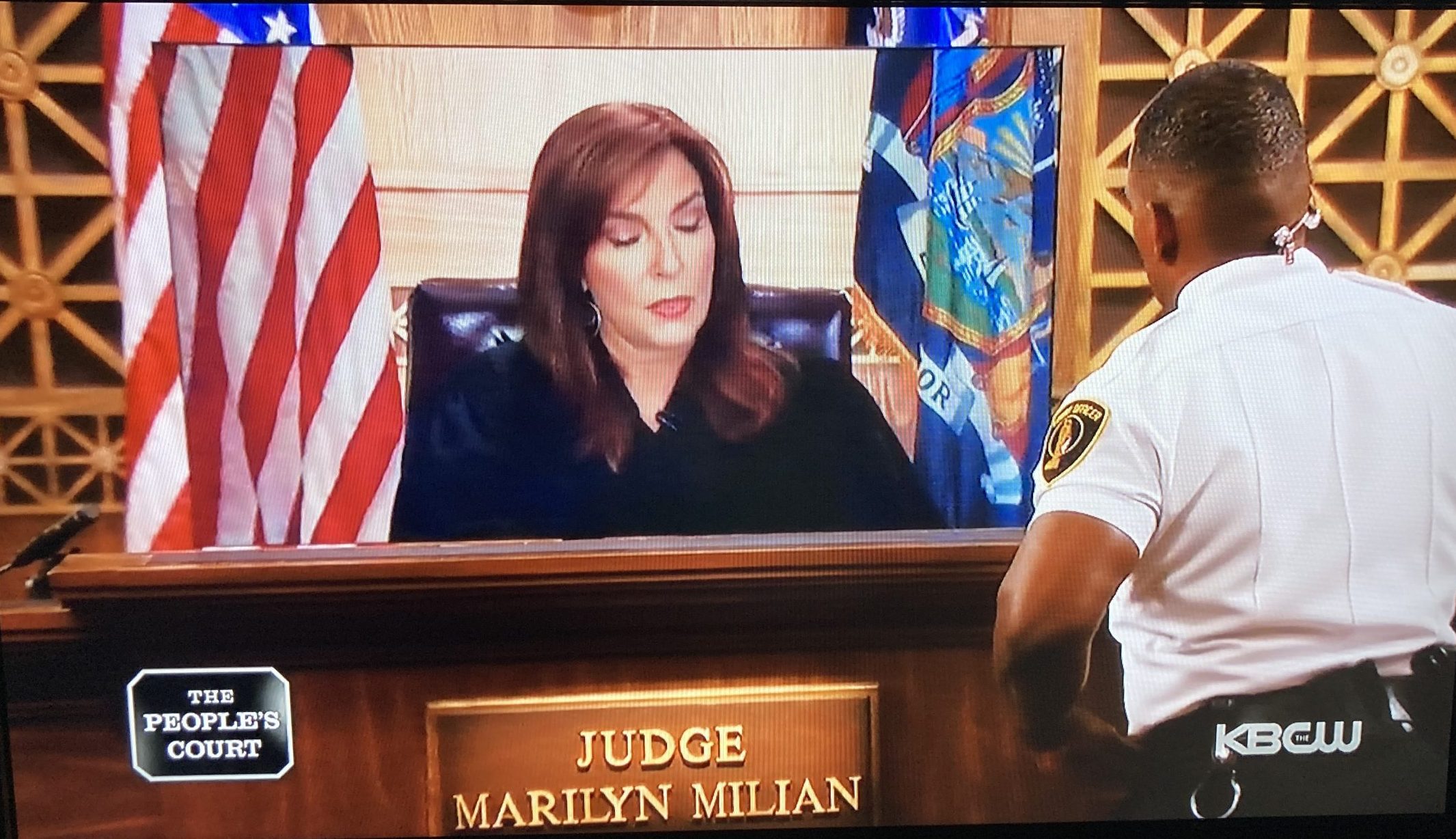 After months of appearing in monitors together but separately from their respective homes, Kelly Rippa and Ryan Seacrest are back in the studio. But, seated at least 6 feet apart, visible in the wide shot – and “spliced” together, with the set matched, in the 2-shot. 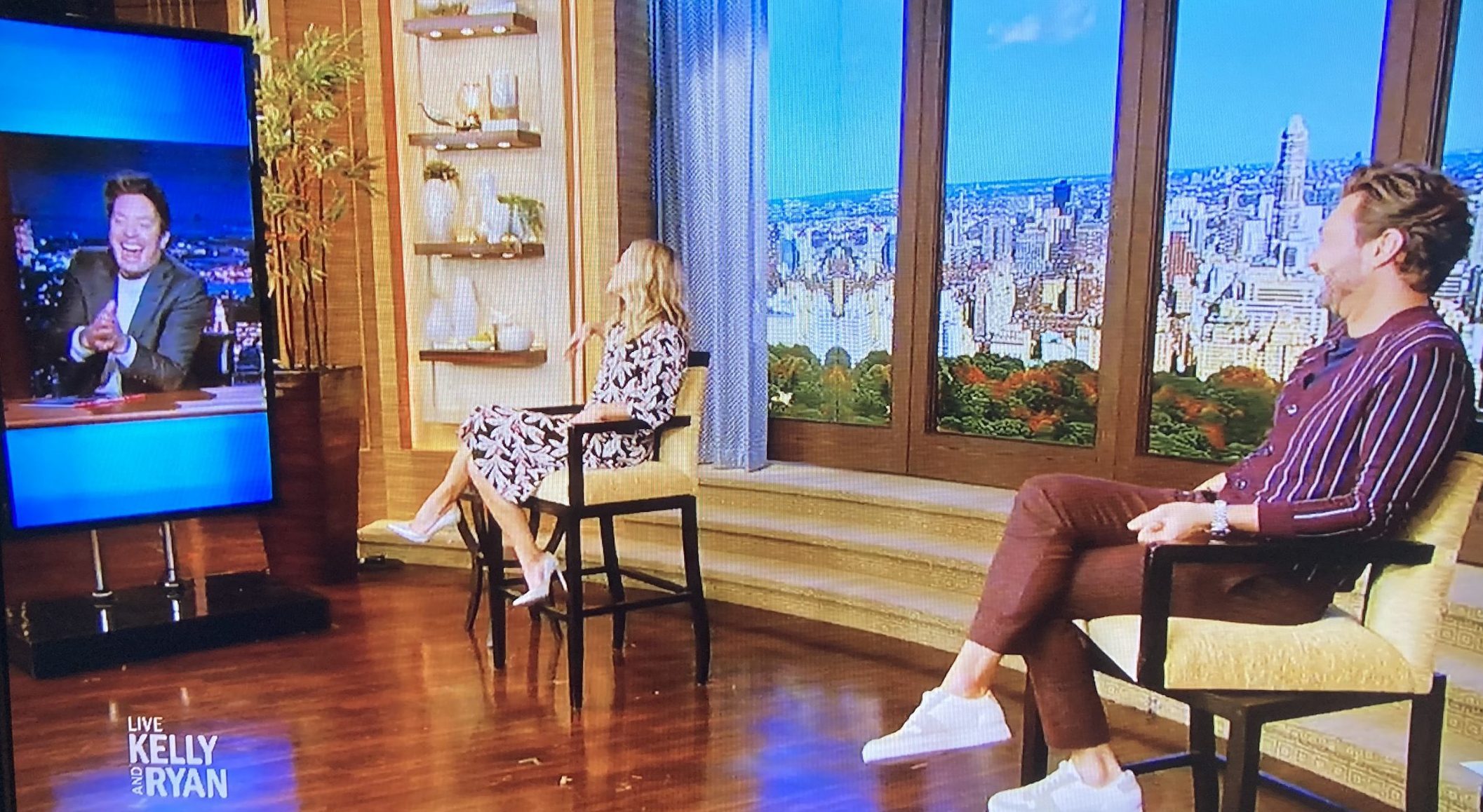 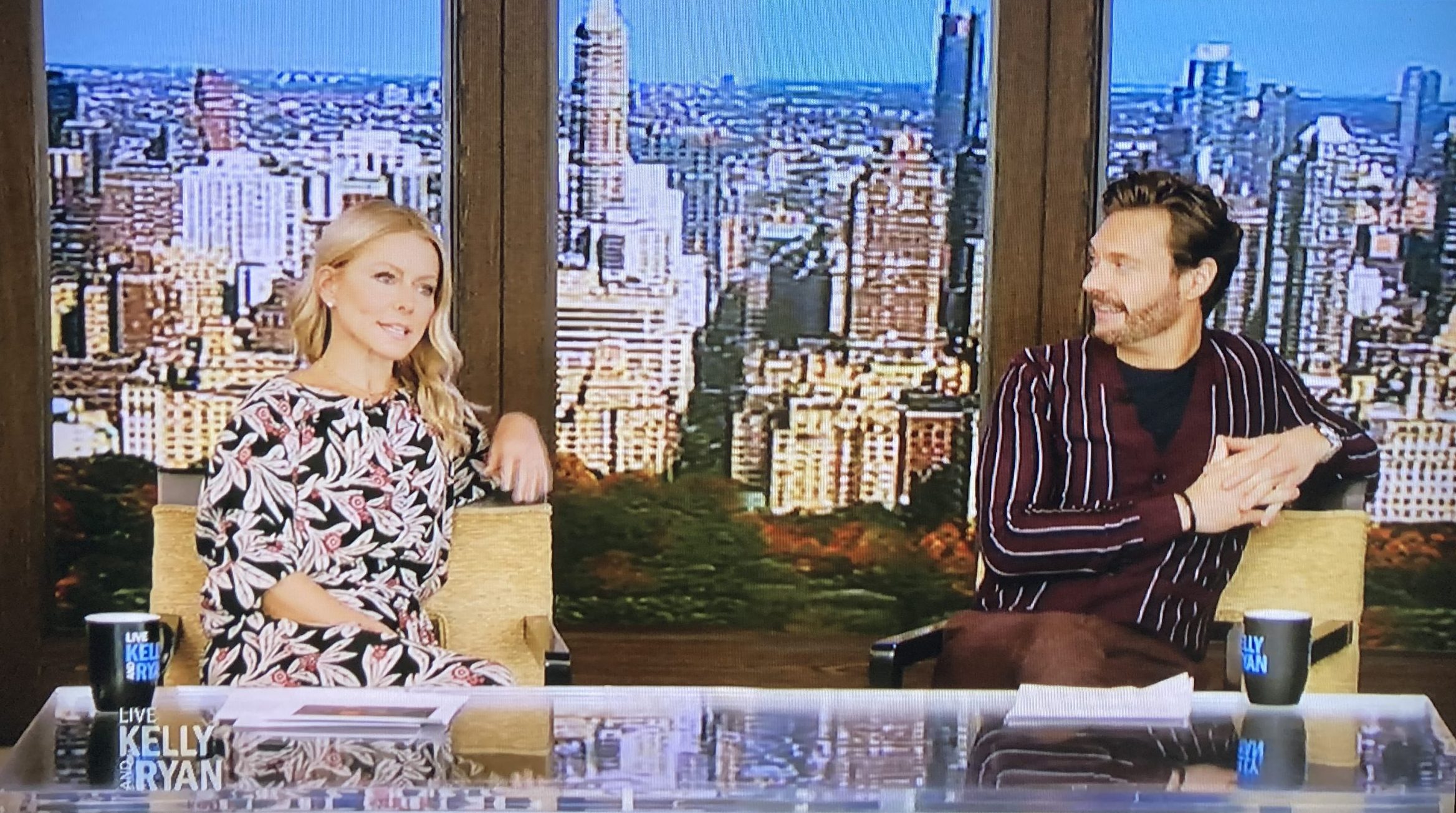 25 WORDS OR LESS
For season 2 of this game show, Merideth Viera hosts from her home outside of New York City – including an area in the basement for hair and makeup, wardrobe and a small studio room with lighting, a camera, a background and a podium. On the other hand, celebrities and contestants compete from sound studio “pods” in LA. This article explains more, and these YouTube videos take you behind the scenes…

How Filming Works During Covid-19 – Meredith Viera in NY

What have you noticed, or what are you and your productions doing?
Let us know – send an email, photos, sample programming – to
office@emmysf.tv

How we did it…
NATAS SF/NORCAL VIRTUAL PRODUCTIONS – 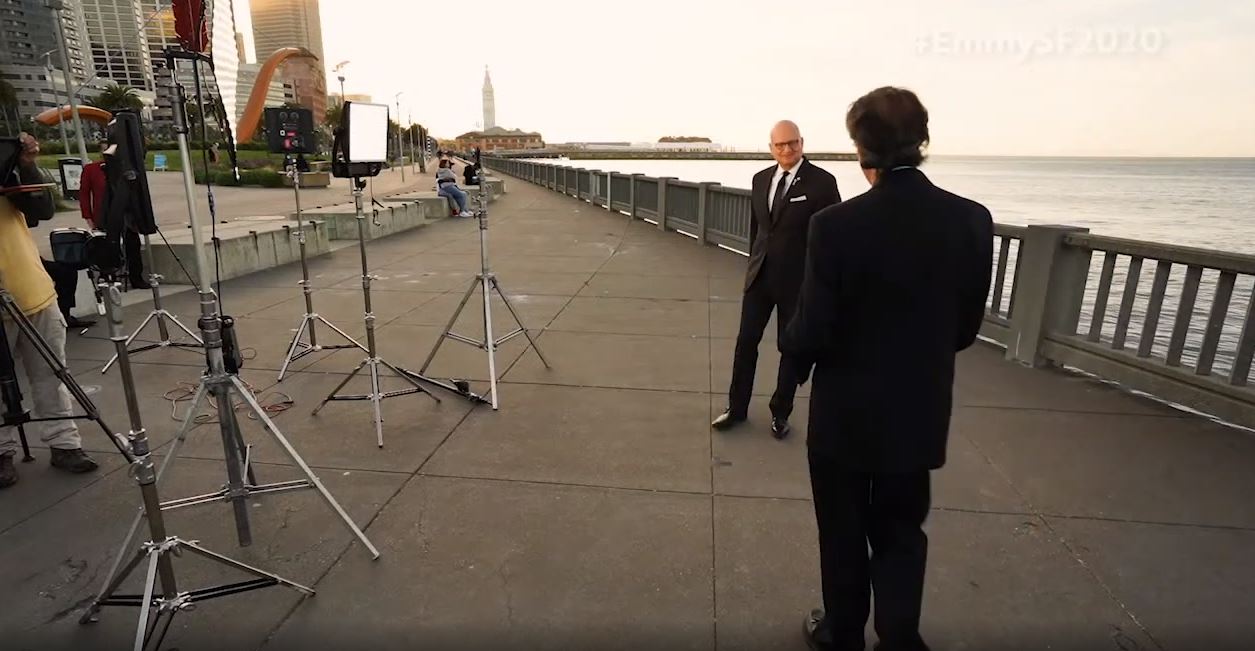 After our experience with the socially distanced Emmy® Awards Gala in June, we started to think about how this would work for the Gold & Silver Circle induction (G&SC) in October. Whereas the Gala show could be pre-taped and shown entirely in a “Live-to-Tape” style format, the G&SC needed to be different, with an actual “live” element. And so we planned to keep as much live as we could. Certainly the presenter and inductee speeches should be live. There were the pre-taped inductee videos which are always pre-taped anyway, as were the scholarship awardee videos.

Trying to create this type of show on Zoom sounds easy. Conceptually it is but the execution creates certain issues. Transitioning from live speech of Don Sanchez as host, or a presenter to a video, is awkward because there are an number of button pushes needed at the right time. These moves are not seamless to the Zoom Gallery – unfortunately everyone can see each click (such as deciding with screen to share and the play button play controls window) as they were executed. Not quite like a television broadcast and just a little clunky to pull off.