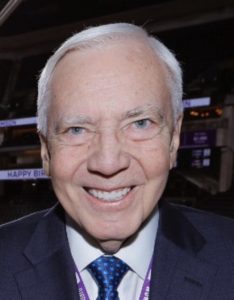 Legendary Sacramento sportscaster Gary Gerould will be enshrined this month into the Gold Circle, along with six Silver Circle inductees on Saturday, Oct. 20 at the 2018 Gold & Silver Circle Luncheon Induction at San Francisco’s Park Central Hotel.

End of an Era: KGO-TV’s Carolyn Tyler Retires After 32 Years

This year, KPIX is celebrating a major milestone! KPIX was the first television broadcasting station in Northern California and the 49th in the nation. Channel 5 went on the air with its inaugural broadcast 70 years ago on Dec. 22, 1948.

Justin Draper is joining Sacramento duopoly KOVR and KMAX as the stations’ new vice president and general manager. Draper leaves KCBS and KCAL in Los Angeles, where, since 2010, he served as financial controller. 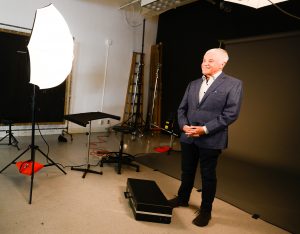 It was a good turnout at the latest Headshot Day, held Sept. 29 at Laney College in Oakland.

If you missed this latest Headshot Day, there will be more in the near future. 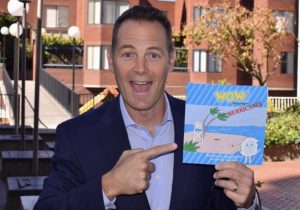 Wow!! One of the Bay Area’s most well-known television meteorologists is bringing his love of weather to kids in the form of children’s weather books.
Paul Deanno, chief meteorologist at KPIX 5 in San Francisco, recently published Wow! Weather!

Chapter High School Student Production Awards of Excellence are automatically submitted to the national contest. An incredible 11 of 13 award recipients were from the SF/NorCal NATAS chapter this year!

Cinema Club: Meeting Morgan Neville of “Won’t You Be My Neighbor?”

Fred Rogers never shied away from, and in fact, made a point of addressing difficult subject matters that most adults tiptoe around with kids. He talked straight, he listened, and he validated young people’s feelings and thoughts. In turn, Morgan Neville has brought Fred Rogers and what he stood for back into the cultural conversation at an important moment.