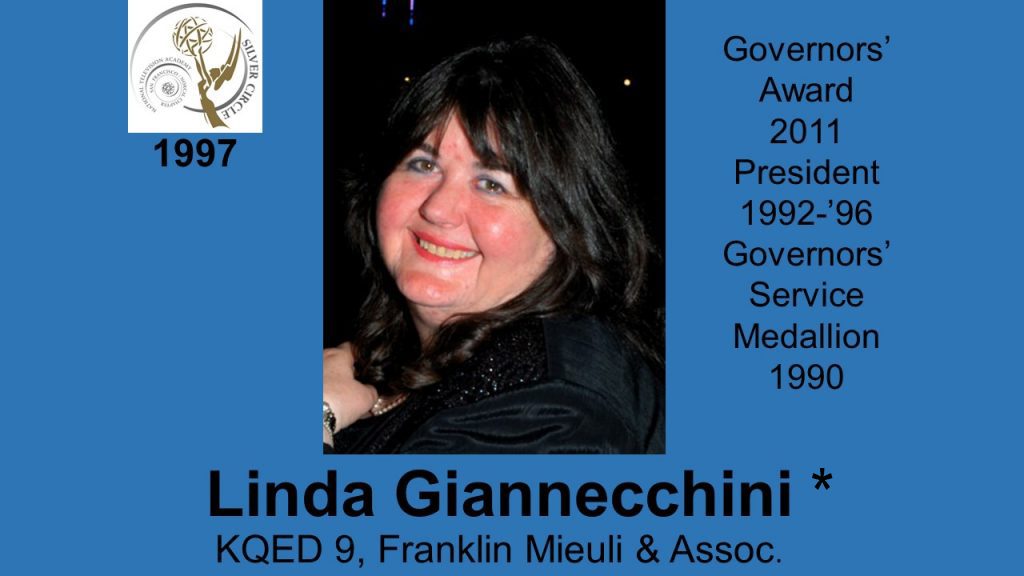 National President John Cannon recently referred to LINDA GIANNECCHINI as the 18th Chapter of NATAS because she does it all.  She served as Chapter President from 1992 to 1996, and is in her third term as National Trustee.  Linda was elected National Secretary last year and is currently on the National Awards Committee.  She has been spending countless hours for the Academy since joining in 1972.  Linda is an award winning independent producer/director and is the business manager for Franklin Mieuli and Associates. Her most recent national credits include five PBS series. She has taught  television production  at San Francisco State University and the College of San Mateo.