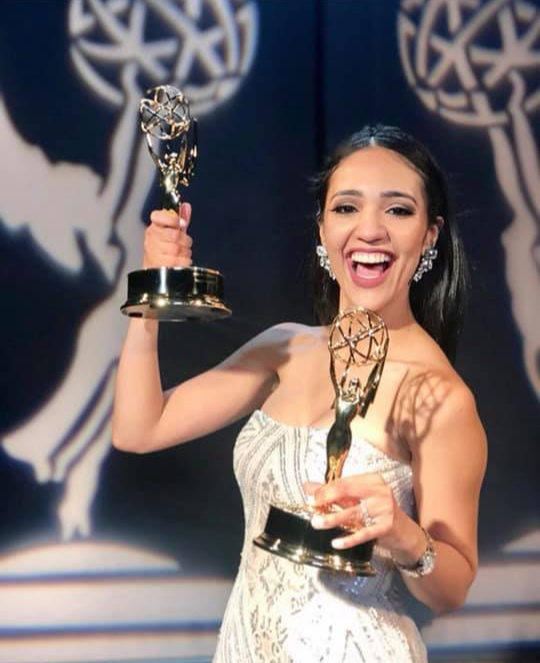 A total of 937 entries were received, 712 English and 225 Spanish in 64 English Categories and 45 Spanish Categories. Nominations were announced on May 8th with 227 English and 84 Spanish. Electronic ballots were submitted by a minimum of seven peer judges from other NATAS chapters and were sent directly to our accountant. The Spanish and English awards are judged and scored separately and then presented at the ceremony. 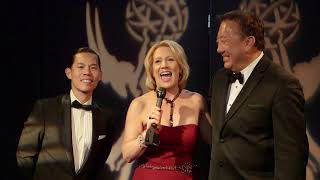 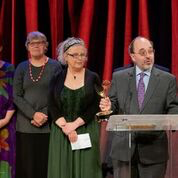 The prestigious Governors’ Award, the highest honor a regional chapter can award was presented to The Department of Broadcast and Electronic Communication Arts (BECA) at San Francisco State University. The Dean of the College of Liberal and Creative Arts, Dr. Andrew Harris and BECA Chairman Dr. Nancy “Sami” Reist accepted the statue. 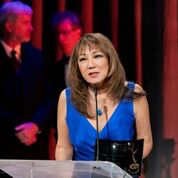 The Governors’ Citation was presented to Pamela Young, producer / reporter at KHON 2 host of Mixed Plate. Pamela has worked at KPIX, KQED and KITV as well as service on the NATAS Board of Governors. 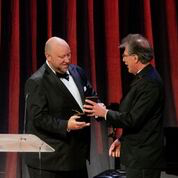 The Governors’ Service Medallion was presented to Mark Pearson, Principal Attorney at the ARC Law Group and the Legal Bylaws Chair for the NATAS Board.

Marcus Shelby and his Trio with soloist Jaime Zimmer 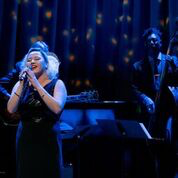 provided music throughout the evening. Wayne Freedman is the Awards Chair and Amanda Howard is the Emmy® Gala Chair. Production was provided by Beyond Pix Studios and SFJAZZ. You can view the entire webcasts of the Awards Presentation and Red Carpet Interviews on the chapters’ website: www.emmysf.tv