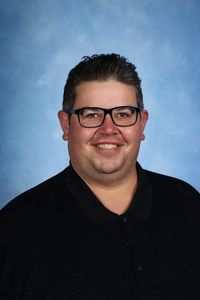 KBFT (Brothers Falcon Television) started in 2002 with an idea for a video club and Live studio broadcasting program. Now in its 20th year, the program provides broadcasting and streaming news, and other events to the Christian Brothers High School community. Hogan said: “In my 17 years of teaching, we have added Live Sports Broadcasting, moved our newspaper online, and started a Podcast, Talon Talk.”

Christian Brothers High School’s Media Arts program currently has more than 180 students enrolled in classes that include the following:

Christian Brothers High School’s Media Arts program students have won multiple awards from the Student Television Network and the NorCal Media Educators awards. Over the last 20 years, they have been awarded the #1 News Broadcast in the Nation six times, as well as being awarded multiple national awards from the STN Convention including Music Video, News Commentary, Live Sports Broadcast, Sports Commentary, Film, and Short Story competitions. 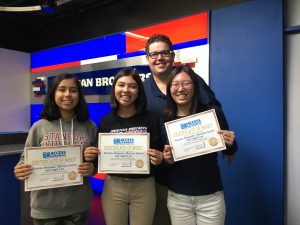 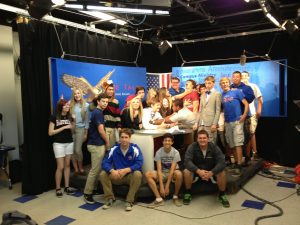 Hogan said: “I teach Media because I think Media Literacy is more important that ever. Our children are bombarded by media messages and without critical thinking and basic media understanding my students are more susceptible to fake news and persuasion.  I use Video Production, Journalism and Film Production to teach students how to decode the new media landscape. If my students go on to continue to create and be a part of the next chapter of media so be it, but they will go on knowing they have a responsibility to serve their audience and the greater good.”